In this post, I try to explain what countable and uncountable nouns are. When I speak with native speakers of English they often tell me that the concept of countability in English is absolutely natural. “You simply know which noun is countable and which is not.” However, this natural feeling is nearly impossible to teach.

Based on my experience I have created the following mind map where I try to set some rules to help the learners of English. The rules given here are in no way foolproof but I hope they will help a bit.

In this post you will find the mind map and three game to revise the concept of countability. 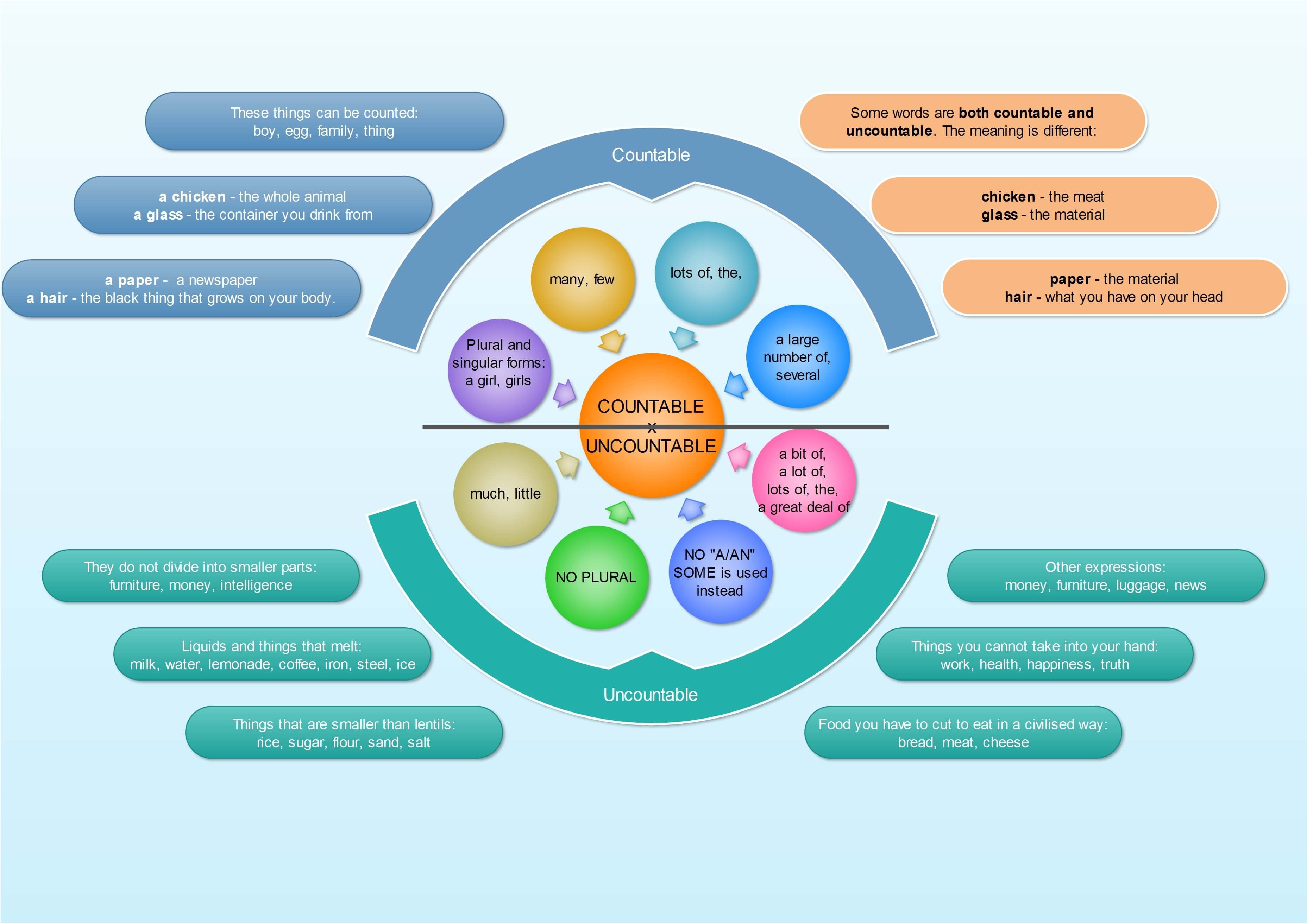 Now it is time to test your knowledge in games. The first one is absolutely new. You play the Tetris games and after 4 pieces you have to write whether the noun is Countable (C), Uncountable (U) or Both (B). USE ONLY CAPITAL LETTERS!!!

The second game is incredibly popular in my classes. It is called On Target and you should shoot the bad ducks. You can shoot one of the bottles on the side to get some bonus. The game is in Flash and will play only on desktop computers that have the Flash plugin activated.

Countable and Uncountable – On Target game

The third game is called Penalty Shootout. In this game you should choose the correct answer and then try to score a goal. Good luck.
As the game is in Flash, it will only play on desktop computers with Flash add on activated.

You can find more activities and explanations on this topic at Countable and Uncountable Games.

You can learn the usage of the words HOW MUCH and How MANY here.

9 Comments so far. Feel free to join this conversation.