In this post I would like to teach you how to use the words DESPITE, IN SPITE OF, ALTHOUGH, EVEN THOUGH, BECAUSE OF and BECAUSE correctly. I will explain the meaning of the words and the grammar. To help you with this there are two games, a mind map, a video explanation and a graphical explanation. I hope you will learn to use these conjunctions.

The meaning of the conjunctions DESPITE and IN SPITE OF is the same. ALTHOUGH and EVEN THOUGH are the same as well. And so are the meanings of the words BECAUSE and BECAUSE OF. As you will see later the main difference between these words is their grammar.
The meaning of these conjunctions is clearly explained in the following graphics: 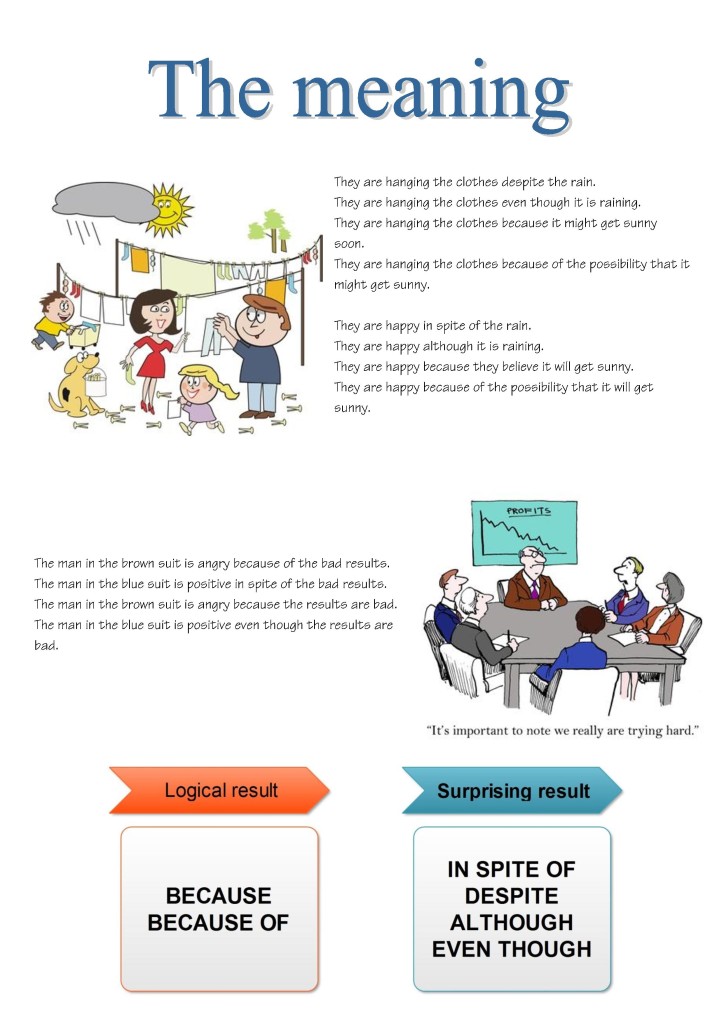 If you want to print out the graphic, you can download the pdf file below: 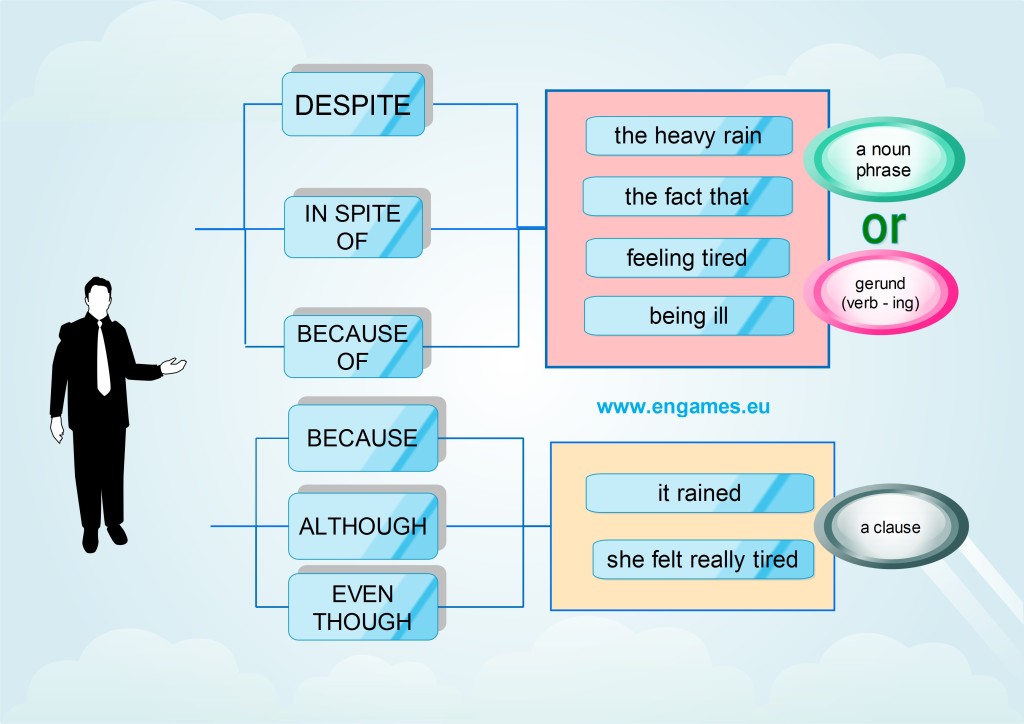 To make it absolutely clear, here is an interactive video explaining the usage of the words BECAUSE and BECAUSE OF.

This video uses the free recording offered by BBC learning English at http://www.bbc.co.uk/worldservice/learningenglish/radio/specials/165_gramchallenge10/
To experience the video full screen click on the following button (as it is HTML5 video it will work on your mobile too):
BECAUSE – video explanation

The first game is slightly easier but it can be played only on your desktop. It is called Hoopshoot and your task is to choose the correct conjunction. If you succeed you will be given a chance to score a basket.


The second quiz is fully in HTML5 so it will play on any mobile device you own. Your task is to connect both of the sentences into one and use the conjunction in the brackets. If you pass the test you will play the game called Math Pop and practise your Maths too.

20 Comments so far. Feel free to join this conversation.