Prepositions AT IN ON for time – mind map

Go through the mind map. Start at 1 o’clock and then go clockwise. There are the rules of usage for the prepositions AT, IN, ON.

At the end of the mind map you will see that if you use the words NEXT, LAST, EVERY or THIS, there is no preposition in front of these words. (You cannot say “ON NEXT FRIDAY”). 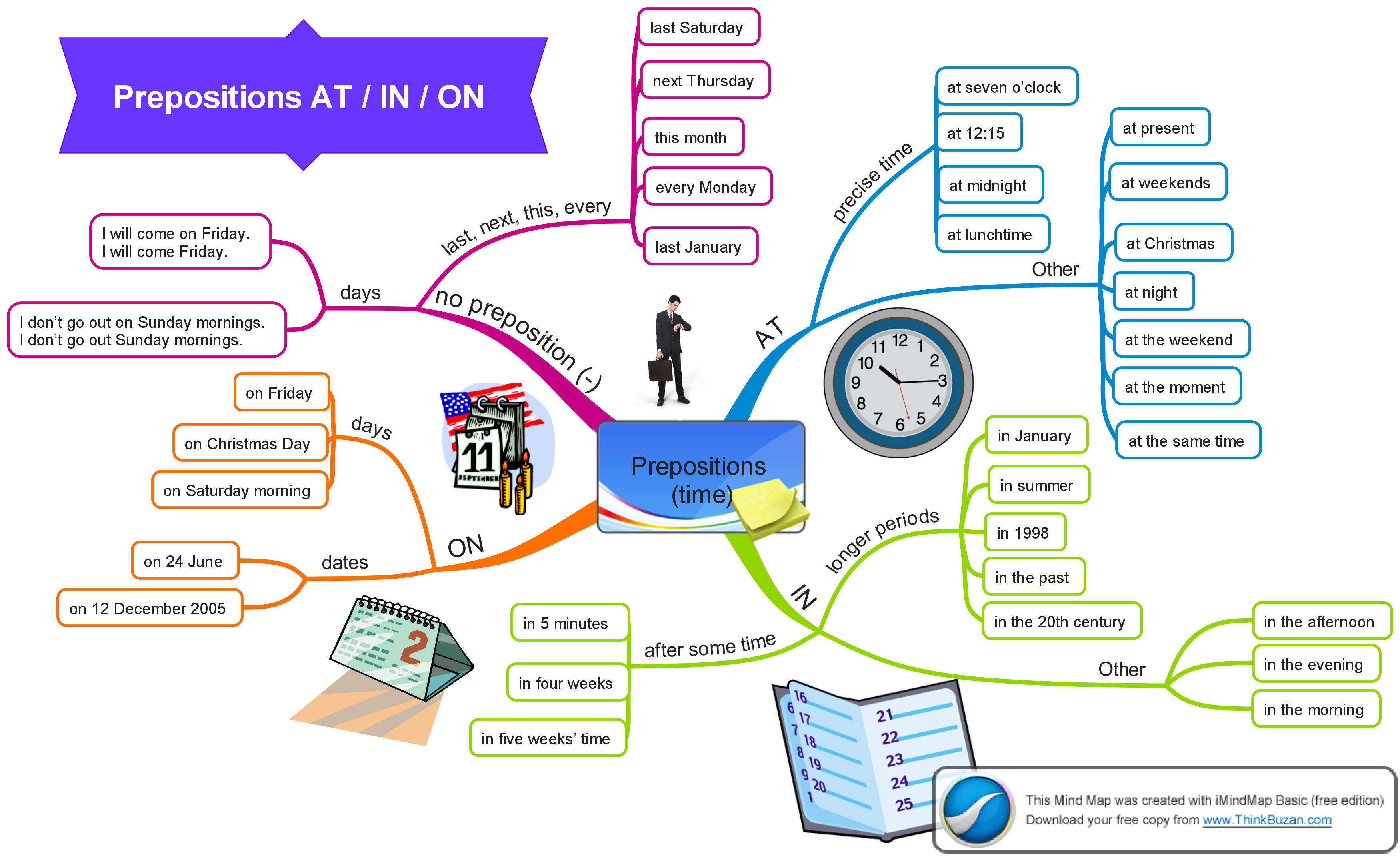 Prepositions AT, IN, ON for time – games

If you want to really learn the prepositions correctly, you should practise them as often as and as much possible. Here there are three games to make your training more enjoyable. In the games there are 48 different phrases with the prepositions AT, IN, ON. If you finish all the games I am confident that you will know the usage of these prepositions fairly well.

The first game is called Teacher invaders. You should shoot all the Invaders and after some time you have to fill in the correct preposition in the sentences. Good luck.

Prepositions AT IN ON – Teacher invaders game.

The second game, HOOP SHOOT, is slightly easier as you have to pick the correct option and then stop the sliders in the center of the basket.

Prepositions AT IN ON – Hoop shoot game.

The third game is a more of a traditional quiz. Read the text and complete it with the prepositions AT IN ON. If you get more than 70% of your answers correct you will get to play the game called Indiara. Good luck!

Prepositions AT IN ON – Cloze test.

18 Comments so far. Feel free to join this conversation.