In the previous post we could see that verbs usually go with one or more prepositions. In this post we are going to deal with two verbs which can be followed by two different prepositions with different meaning. These verbs are THROW and SHOUT.
ADVERT:

Both of these verbs can be followed by the prepositions AT or TO but the meaning differs. The differences of meaning are clearly shown in the mind map and at the end of this post there are 2 games to practise these two verbs with their prepositions. 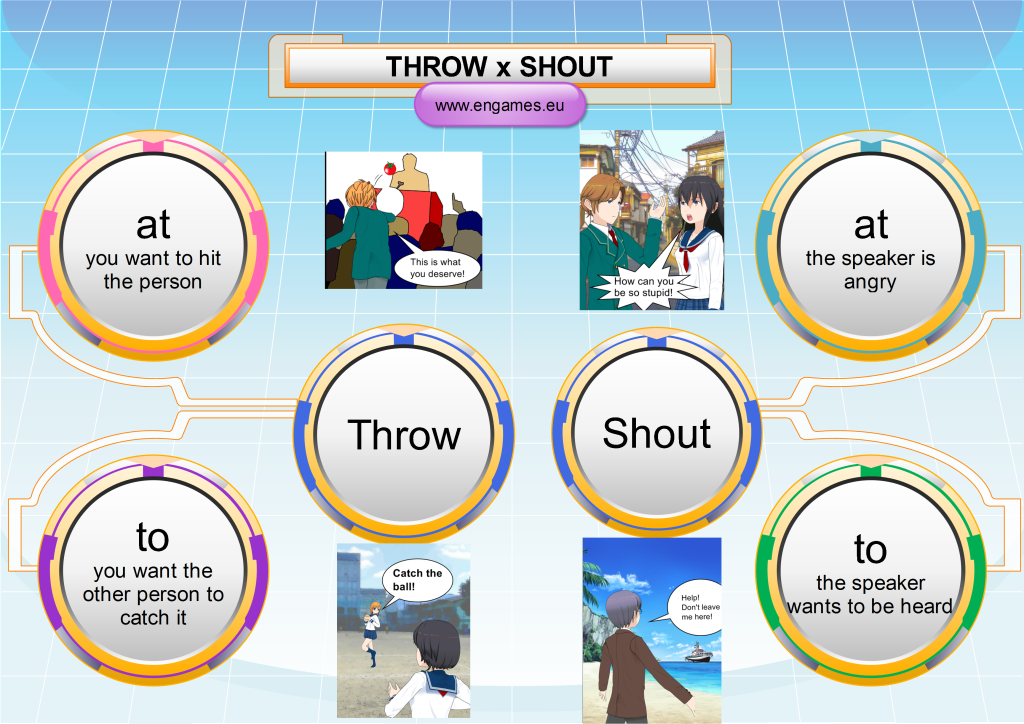 The meaning is different depending on the prepositions.

Now that you know and understand the difference between the phrases THROW AT and THROW TO and SHOUT AT and SHOUT TO, you can practise the grammar in the following games:

The first game is a HTML5 quiz followed by a Tower Defence game if you pass the test. Good luck

Verbs and prepositions – practise the grammar


The second game is called Teacher Invaders. Your task is to complete the sentences with the prepositions AT and TO and save the planet against the invaders. This game is in Flash and it will not play on mobile devices. Sorry 🙁