Asking questions is one of the most important functions of a language. Making questions in English is quite easy, but students still need to understand the basics. I have tried to put all the basic rules into a mind map. Then I have come up with a story about question formation and several games to practice the grammar. I hope that now the students will be able to form the questions correctly.

Display or print out the following mind map for all the students and explain that each question can start with a WH word followed by DO, DOES or DID. It might be a good idea to ask the students to name or describe the columns in their own words.
ADVERT: 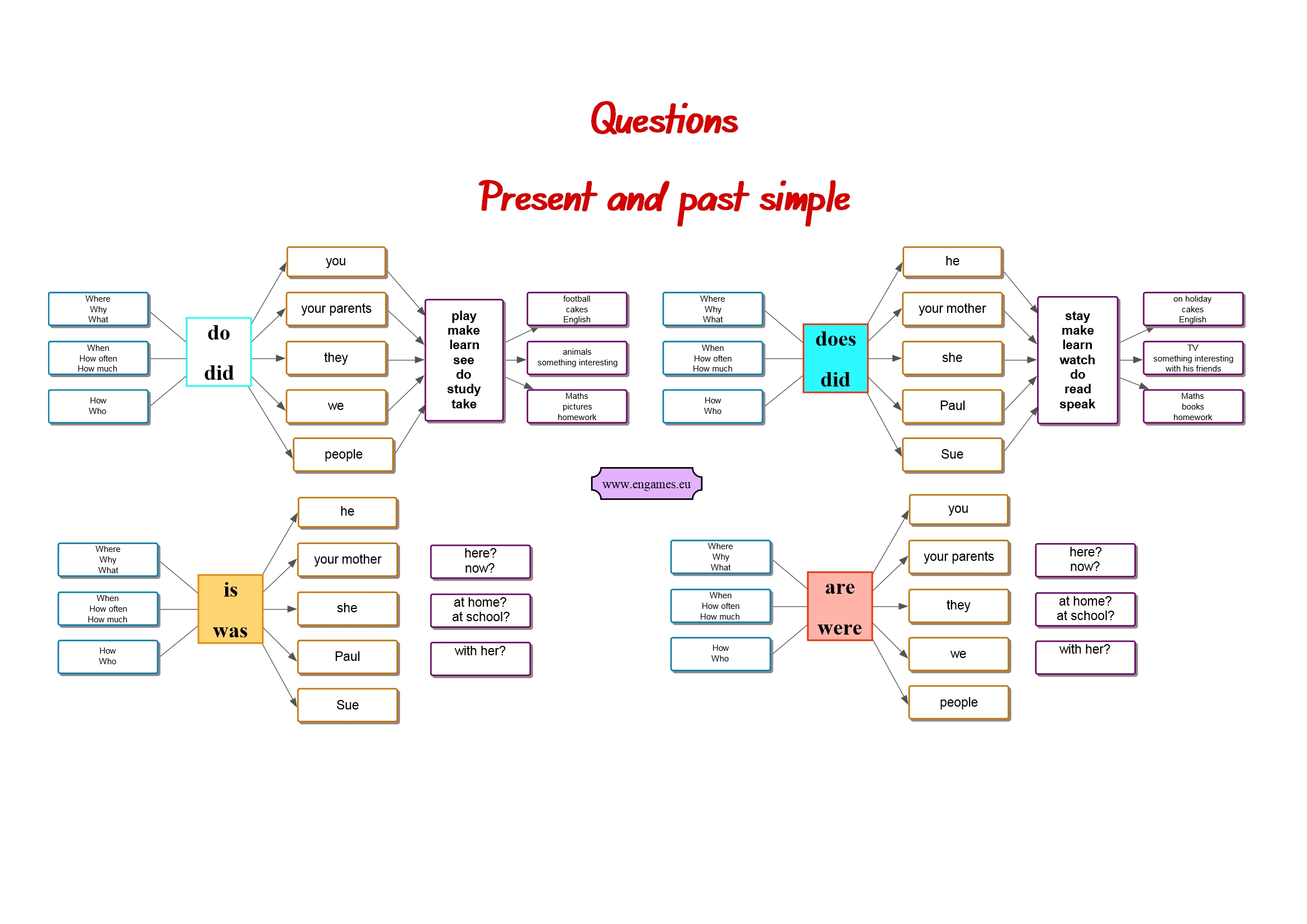 Explaining grammar using the words like auxiliary, verb and subject might be a precise description of the grammar but it is very hard for students to understand. Moreover, people remember stories better than any explanation. And that is why I have created the following story to help my students use the auxiliaries correctly:
Once upon a time there was a land called Trainglish (train and English). And there were only SVOMPT trains with affirmative sentences. And in these trains V cars were the most important and most beautiful ones.
But one day the Great Constructor created an auxiliary train “DO”. But the “DO” car did not want to be just an ordinary train. He was very proud and selfish and he wanted to be the most important train in the world. So he started QUESTION trains. And as he was so big-headed he had to ride at the beginning of these trains. And as the other cars did not protest, he wanted more.
First he brought his family DOES and DID. Then he brought WH cars and they all drove at the beginning of each Question train. But it was not enough for him. He still wanted more. And thus he decided that no car can be more handsome than he.
“All the other cars have to be simple,” he announced. And that is why the V car lost all its endings and forms and it has be only in a simple form in Question Trains.
“And all the verbs agreed?”
“No, there was one that refused. It was the BE car. And ever since WAS, IS, ARE and WERE cars ride at the beginning of their Question trains. They allow only WH cars to join them.”


The last game is in Flash and therefore it will play only on your desktop. You have to choose the correct option and then you should hit your opponent. Good luck.

13 Comments so far. Feel free to join this conversation.